Yesterday Gabe started his first day of pre pre-school. In preparation for him starting regular pre-school (or kinda for the Aussies reading), in September, Brad and I thought this would be a good lead in to get him ready. Gabe calls it "school". He only goes once a week from 9-1 but it is enough that it gets him out of the house, into a structured learning environment and gives him some interaction with other kids, which he craves. He is SO ready for pre-school/kinda. He is excited to learn and is just so excited to be one of the big kids.

In preparation for the big day I took Gabe shopping and let him pick out a new outfit to wear. No shocker that he picked a Spider Man shirt as it is his latest obsession. When I put it on him he immediately ran out into the family room to see if it gave him good spidey sense and made him run fast. According to Gabe, and of course I agreed, the shirt was a success.

It always makes me laugh when I think about how much Gabe is like Brad. When we arrived at school, we went into his classroom and I followed him around taking some pictures and he kept looking at me like he was just so embarrassed. Just as Brad would have done at this age. After about 10 minutes of me following him around watching him play and get comfortable he turned to me and said "Bye Mum", I took that as my hint, kissed him and left. He was so brave, and I was just so proud.

I decided to make the whole day special. Later that afternoon after our nap, we went to McDonald's for dinner, to the dollar theatre to see Gnomeo and Juliet which he loved and shockingly I also enjoyed before heading home to read books in bed for a while. It was a fun filled day and a momentous occasion in our little house. Our little boy is growing up!

All ready for school! Such a handsome little guy. 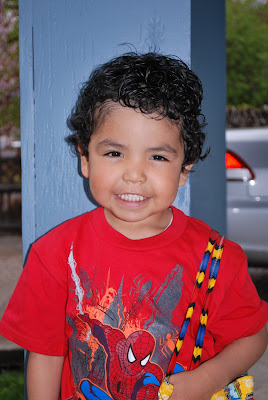 In the morning, I told Gabe he needed to help me pack his bag for school. He decided rather than take his backpack he wanted to take his bag that Nana Sandy made him. He takes this bag everywhere! 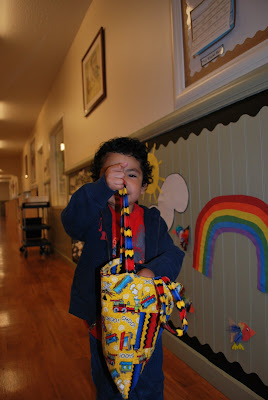 Look at that face. I can't even tell you how much I love to kiss those cheeks every day. 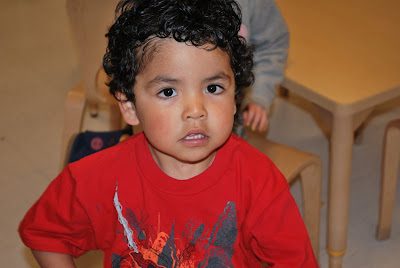 Playing in the dirt INSIDE! He was in heaven. 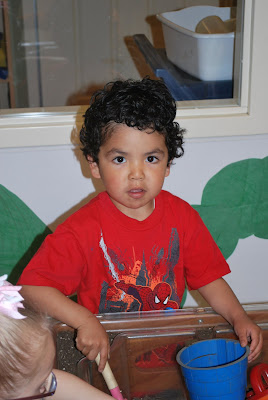 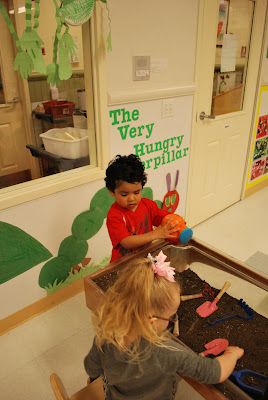 One of his favorite things at school. Little toilets and little sinks. He thinks these are the greatest! 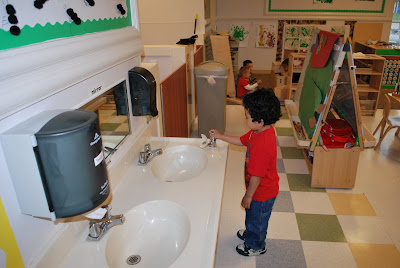 Gabe's teacher said he was "perfect" his first day. She couldn't believe how polite he was and said he interacted really well with the other kids. For lunch they had chili and while she said the other kids complained and refused to eat it, Gabe said "I love chili, look it has beans in it. I love beans." After eating his serving he even asked for seconds.
Posted by Aussiemuminthekitchen at 9:06 AM No comments:
Labels: Family Time
Newer Posts Older Posts Home
Subscribe to: Posts (Atom) 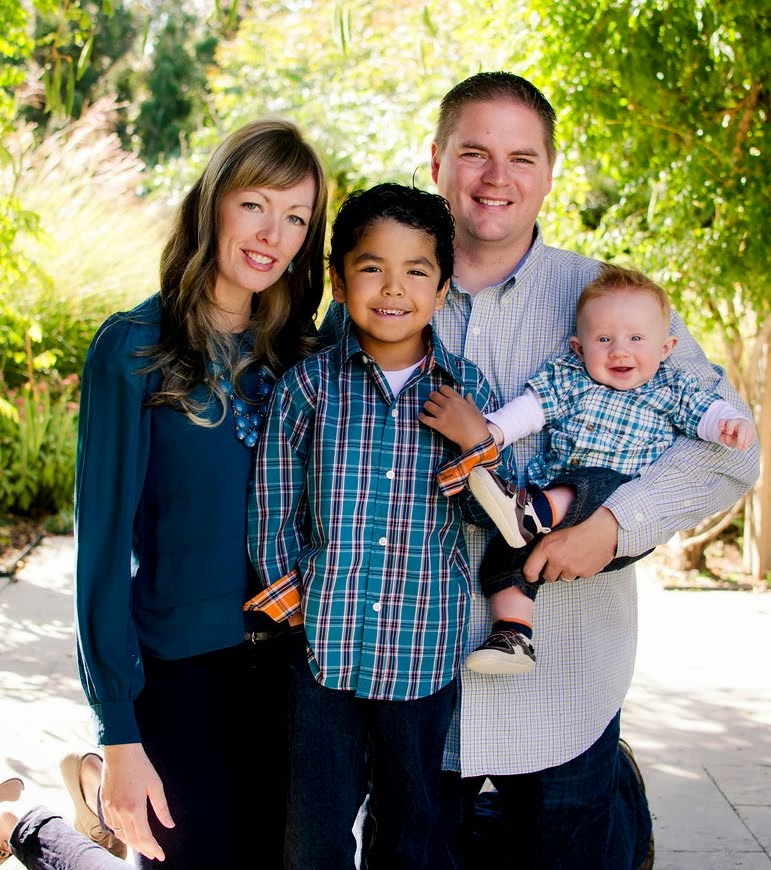 A little about us...

Aussiemuminthekitchen
The love of a family is life's greatest blessing. I am orginally from Melbourne, Australia and that is where I met my sweet husband Brad. Now I call America my home although a big part of my heart will always be in Oz! Brad and I were married on April 12th, 2003 in the Salt Lake Temple. Through the miracle of adoption we have two sweet little boys. I LOVE to cook and bake and share the recipes I love with family and friends.

From these Moments Blinkie

Welcome to my blog. This is a place for me (the Mum) to keep and share my favorite recipes with you.

Been there, done that